In Sofia was held the official Award Ceremony for announcing the winner in AGORA Platform's Contest. The winner is Chitalishte "Svetlina - Tcarevec - 1927", Svishtov Municipality. Three additional awards were presented to Chitalishtes in the fields "Solidarity and Humanity", "Most Productive Partnership" and "Art and Culture for Development".

Nominated for the Chitalishte "Oscars" were Chitalishtes that implemented their initiatives related with new cultural spaces; festivals for songs, dances, food and crafts; social and information services selected by a Contest Jury, involving professionals in the fields of civil society, media and culture. 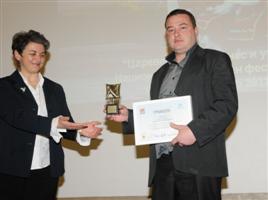 The Contest winner of AGORA 2011 was decided on the spot by the audience members during the official ceremony. Each of the Contest participants presented their initiatives live in front of the audience.

Chitalishte "Svetlina - Tcarevec - 1927" was the definite winner of the evening with the initiative of the local community that involved people, local authorities and business in the process of reconstruction of abandoned summer cinema and stage, as well as for creation of ethnographic collection. A National Festival "Folklore Izvor 2011" was organized for launching of the renovated summer cinema and stage where more than 3 000 people took part.


For the first time ever in the framework of the Contest "AGORA", the Ministry of Culture awarded a Chitalishte - Contest participant with a special certificate "Contribution to the Development of Chitalishtes" - Chitalishte "Svetlina - Tcarevec 1927".

Photographs from the Award Ceremony could be viewed here . Soon video clips will be available. 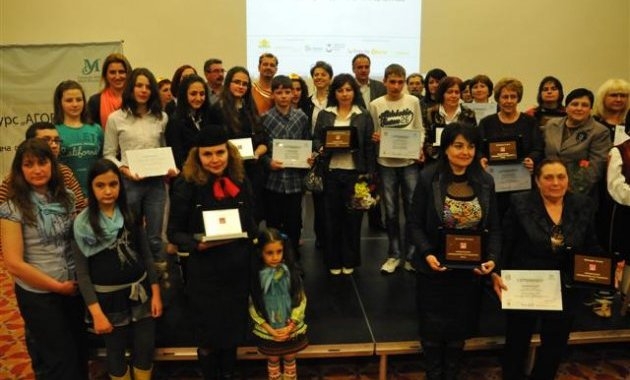