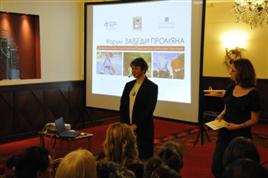 The event created an environment where corporate and individual donors interacted with representatives of seven communities from small settlements in Bulgaria who spoke about their efforts and why they need an external support to further develop and upgrade their good deeds.

The presented initiatives were supported by 10 individual donors financially, the socially responsible business engaged to provide products and materials for their further development and representatives from NGOs offered their labor to empower the change. The stories that accumulated the support were related with ecology, aviation, accessible environment, tourism, flower beds and colorful dreams, grapes and wine. 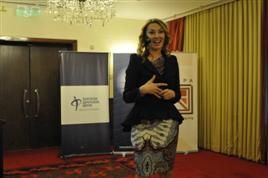 The young mothers from Bania sought support for creation of a new "space" where they can communicate with the girls from the sheltered home in town – a space for conversations, planting of flowers, maintaining them and spending time together in a safe and comfortable environment. In 2012, the "girls" as the young mothers call them, got involved in the creation of a new children's playground for the youngest citizens and guests of Bania and earned their trust in the process of joint work.

For a second year in Brestovitca village was held the Festival "Grapes and Wine" aimed at promoting the village as tourist destination, one of the stops in the "wine route" and one of the regions with best grapes. During the Forum, Brestovitca representatives proved that their aim is well justified and possible to achieve. They need a support in order to transform the festival into an international event with a wide diversity of participants, grape products and community supported agriculture. 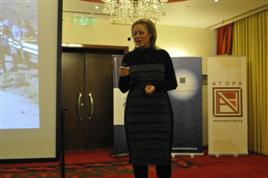 The people of Gara Bov decided to create an interactive exposition of Stara planina including its Serbian section. That happened after they cleaned the Bovska river bank and the area in the vicinity, cleaned and signposted the eco trail "Pod kamiko", ensured access through paths to the waterfalls and established a Tourist Information Center in Bov. 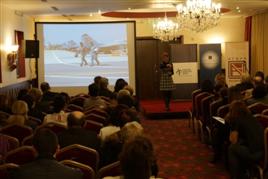 At a first glance there is nothing in common between Chitalishte and aviation. Though, an Aero and Sport Club is functioning at the Graf Ignatievo's Chitalishte for a few months now. There the young people from the village attend an aero-modelism course. The dream of the locals is to organize an Avio Celebration Day including public demonstration and operation of the models constructed in the aero-modelism club and provision of opportunity to locals and guests to experience a flight simulator. 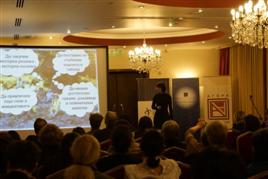 The small community of Dolni Vadin village wanted to continue their initiative for cleaning and maintenance of Danube river bank by involving all villages from Oryahovo municipality bordering the river. Thus, the local people need some support in terms of hand held equipment and tools for maintaining the river bank accessible for cleaning (a motor mower, a chain saw, etc.), more gloves, bags, reflective vests and other tools that could be used in the process. 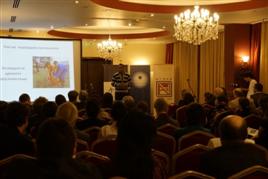 "Miro Kashtoro" ("My Tree" in Roma language) said the people from Kustendil. The civic team from "Iztok" quarter came to a decision to plant a tree in front of each house. The newly planted tree will be named after the youngest child in the family and he/she will bear the personal responsibility not only to take care but also to preserve the tree. This idea was born as a result of the work in 2012 of the civic team when an eco-garden and playground – the first ones in the quarter with more than 10 000 residents – were created with volunteer labor. 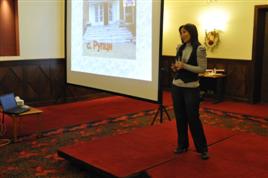 The civic team from Cherven briag is leading their stairs "fight" for years. Their efforts are focused on provision of accessible environment for all (people with disabilities, mothers with strollers, elderly, etc.). The numerous charity fundraising events resulted in provision of access to two sites in Cherven bryag, handrails leading to few public buildings and a ramp in the town of Koinare. The peoples' wish is to continue and ensure access to all village Chitalishtes in the municipality because they are the only location for communication and social life in the small settlements.

The next edition of the Forum "Empower the Change" is going to happen in 2013 when seven new local communities are going to tell their stories, point out their success and share their vision for development and upgrade.

The Forum "Empower the Change" is a partnership initiative of Platform AGORA and Bulgarian Donors' Forum, supported financially by America for Bulgaria Foundation. 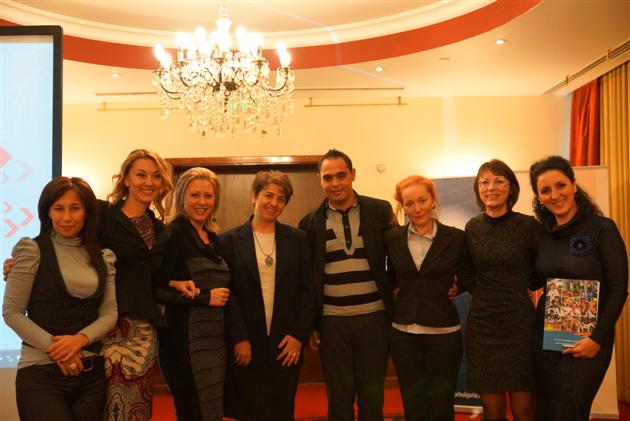 Pictures from the event can be seen at the Gallery

Here you can learn more about the initiatives.