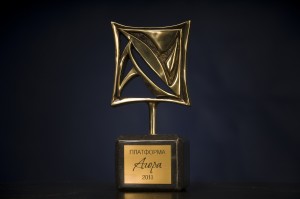 Contest AGORA launched its fifth edition for the most successful community development initiative implemented by a Chitalishte with new guidelines. The Contest Jury will select 5 finalists among the applications in five categories for development of the local communities in the following areas: "Community in Development", "Solidarity and Humanity", "Art and Culture for Development", "Perspectives for Growth" and "Most Productive Partnership". The Contest winner will be chosen among them by the audience during the official ceremony that will be held on March 14th, 2014.

The Contest will award Chitalishtes that with participation and involvement of the citizens supported the development of their communities, motivated locals for community problem solving, mobilized support for various causes, social innovations, charities and donations, volunteering. Those are the Chitalishes that serve their initial role of a unifying centre for active local residents with innovative thinking.

Details about Contest AGORA, the awards as well as, the Contest entry form could be found on Platform AGORA's web site or the Contest web site.

The deadline for submission of entries is February 23rd, 2014.

The event is organized by Platform AGORA, financially supported by the Charles Stewart Mott Foundation and in partnership with PRoWay Communication Agency, the University Press "St. Kliment Ohridski", Hotel "Ramada Sofia" and with the media support of the Bulgarian National Radio, dir.bg and ngobg.info (Information Portal of NGOs in Bulgaria).

For a third consecutive year in the framework of the Contest AGORA, the Ministry of Culture will award a Chitalishte - Contest participant with a special certificate "Contribution to the Development of Chitalishtes".