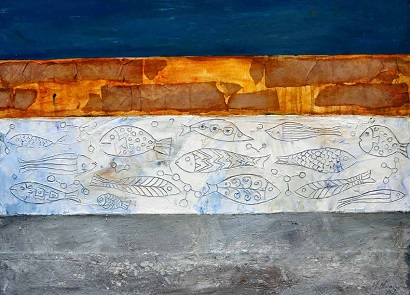 During the summer of 2015 in Burgas an International Creative Art Workshop "Black Sea Palette" was held with 15 artists from Komotini - Greece, Odessa - Ukraine and Burgas - Bulgaria. Their paintings with sea motives were on display at the exhibition launched on September 05th, 2015 in Burgas. Platform AGORA - branch Burgas compiled a Catalogue (in Bulgarian and English language) where you can see part of the art works.

The Catalogue presents the authors' art works by countries as follows:

The project is co-financed by the European Neighborhood and Partnership Instrument (ENPI) of the EU.

The First Partnership Meeting on BASACA project in Komotini